Whilst many of the leagues have finished there are still happenings at the club.

I have received a report that last Friday at the Masons game, there were visitors to the green, a couple in their mid 60’s stood watching the final ends, as they could have been prospective new members, Martin G and several ladies talked to them and found that her husband had passed away some 24 years ago and she was visiting Wiltshire with her second husband and had already been to Malmesbury and Calne was their second sand final stop. They had lived at Ealing and Calne Bowls Club was a favoured and apparently popular playing venue for clubs on tour in the 1990’s, she was glad to see that it still had the same friendly atmosphere.

The grass still keeps growing and here is Ley enjoying the sit upon mower, please note that the clouds did not stop him and the smart navigational aid, to ensure straight lines.

On Thursday the Mid Wilts Triples team were at home to the league leaders Winsley, we needed a good win and hope that Trowbridge Town slipped up. As it was Calne won 12-2 (76-57),  however Trowbridge Town won 13-1, unfortunately Calne just missed out on promotion coming 3rd in the league, Roll on next year.

On Friday 5-30pm for 6pm start- the Calne Lions arrived at the Club following an invitation as a thank you for the grant they gave us for new equipment. A very enjoyable evening was had by all as they were shown the mysteries of bowling, eventually it drew to a close about 7-30pm, but it was great fun, below are some of the photos, the lads certainly took to it. 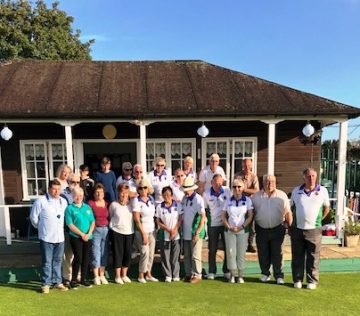 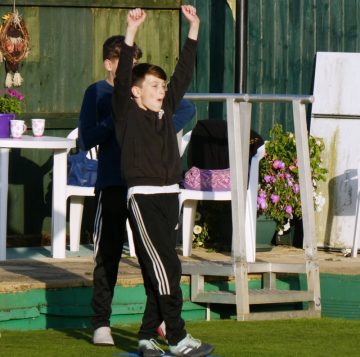 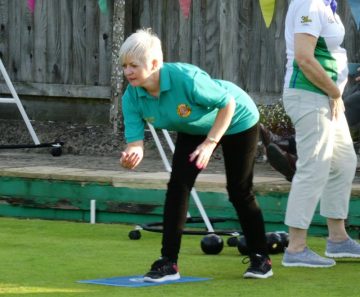 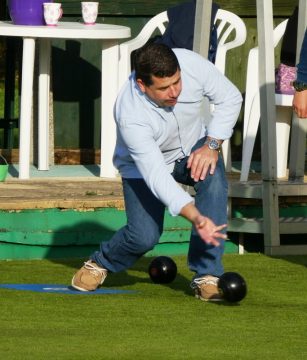 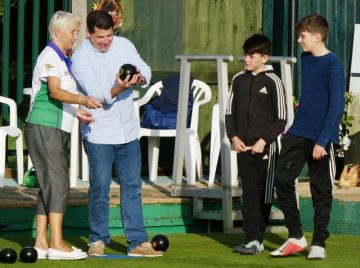 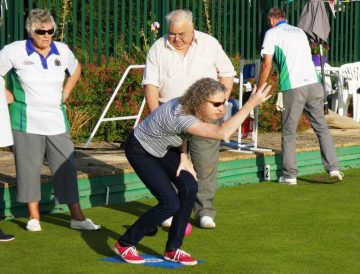 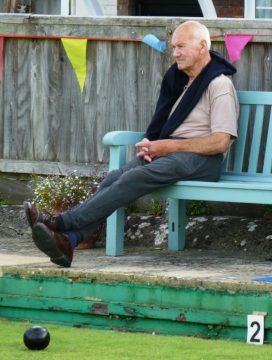 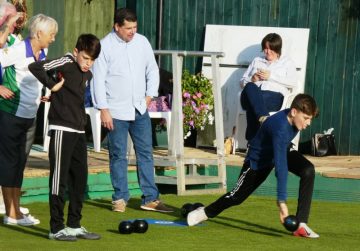 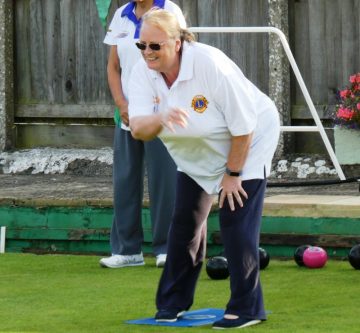 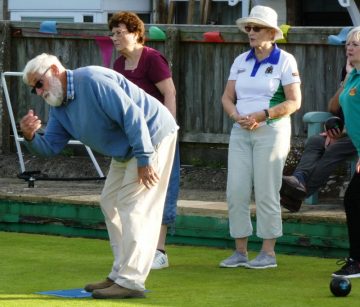 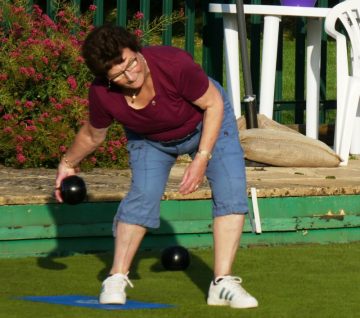 On Saturday, Calne visited Malmesbury to play in the last game on grass as next week an artificial green is being laid. The rain stopped before we got there and it was a lovely sunny afternoon, Malmesbury is a very friendly club and it was an enjoyable afternoon, with an excellent tea to finish with. The actual game went Malmesbury’s way the score being 99-59 in their favour, we did win one and draw one, however it was an outing for several of our new members and they did very well, it was also nice to see Pat W. back on the green, bowling like a goodun. 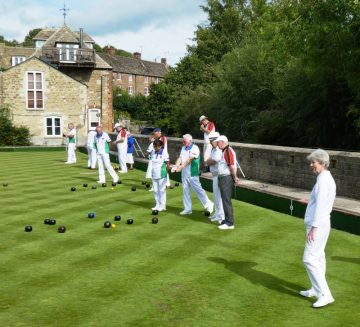 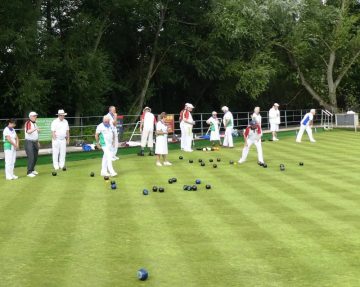 In the meantime Club Competitions are being finalised and the winners and runners up decided, good luck to you all.

This will be the last weekly report for 2019, however there will be monthly ones over the closed season.