We were represented by three triples, Angela, David & Martin and Derek, Martha & Yvonne and Dave, Ian & Paul. On a “very difficult” green, none of us progressed out of our groups. Although we did manage a few good wins between us, enjoyed the excellent buffet, and we really did have a jolly good days entertainment.

Most importantly it was good experience for our new members. Derek learnt how his woods can get whacked into the ditch and Angela learnt where to place her middle finger.

The day was also a cultural experience where a strange new West Wilts language was discovered. 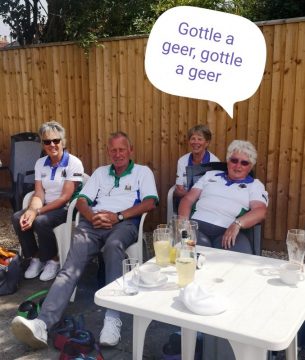 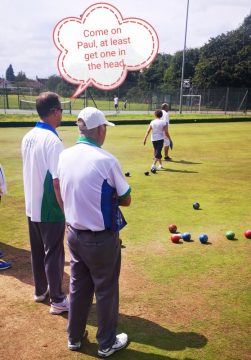 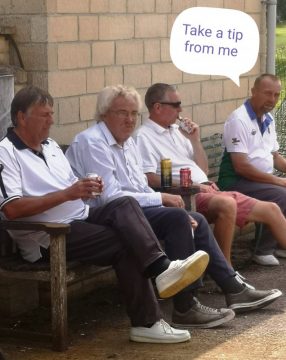 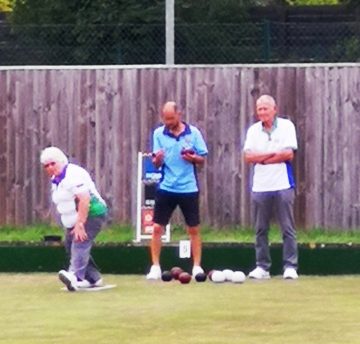 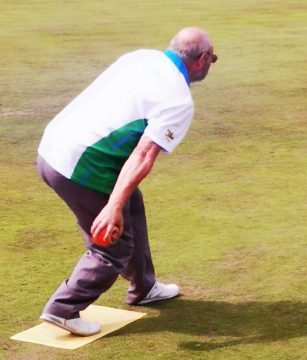 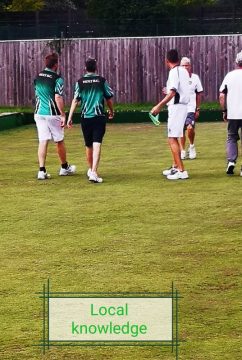 On Monday we were at home to Warminster in the North Wilts mixed league, It was a better afternoon for us winning 51-45 (8-2 on points), well done.

Tuesday the men’s White Horse league game was at home to Chippenham Park, whilst losing at 10 ends 3-12, the rains came and after a tea break, Calne went on to win 29-15.This was followed by Club Night and a visit from our main sponsors Imagine Cruising to take videos of Calne Bowls Club members to promote not just CBC but also the other sports clubs, Wiltshire Air Ambulance, other charities as well as Louise Hunt who is going to Tokyo in 2020. See separate entry for photographs.

Wednesday the ladies played in the Nor-West league against Devizes Dark Horses. It was a very pleasant and friendly game. The ladies have achieved the double over them and came out the overall winners. Great effort by all who played. We won by 39-33. Both the ladies and men were represented at Devizes. Good to see so many Calne players at an away match. Next weeks game is against Avon Astras away.

On Wednesday as well the men’s Mid Wilts triples team were away to Devizes Kennet and they followed the ladies example and won 82-56, 14-0 points.

On Thursday they were at home to Trowbridge Westbourne A, and suffered a reversal losing 60-65, 2-12 on points.